Weighing in at a whopping 441 1/2 pounds, this giant sized peanut butter cup is as sweet as can be! Check out the buzz.

Screenshot from The View: 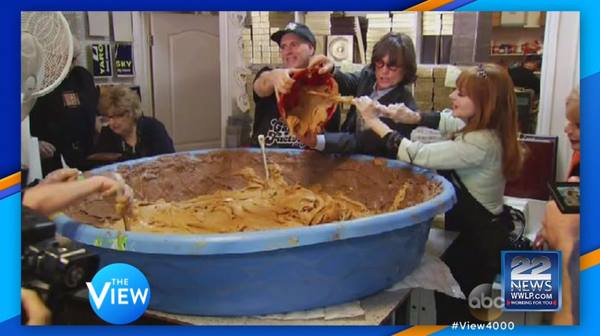 It was a great success and a fun afternoon! 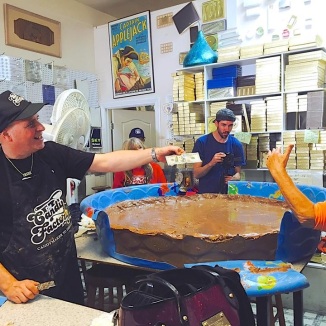 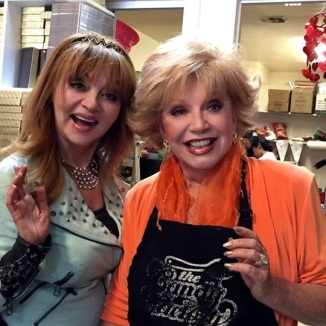 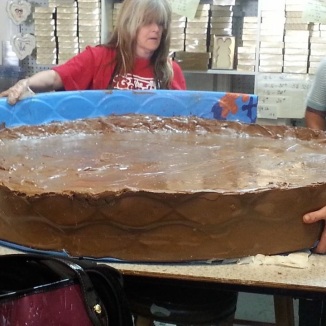 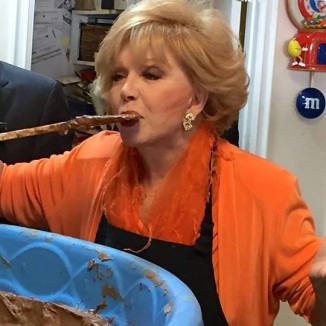 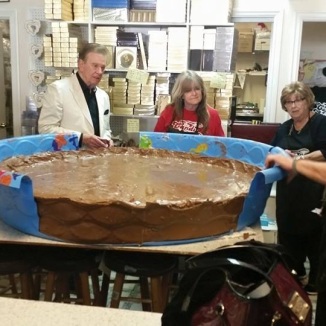 North Hollywood,Calif.-based The Candy Factory, also known as the “Candymaker to the Stars,” has teamed up with former Olympic figure pair skater Tai Babilonia to produce a new line of confections.  Having created confections for many of Hollywood’s glitterati, including Michael Jackson & Lisa Marie Presley’s wedding favors and The Original Chakalates for Chaka Khan, Candy Factory owner Frank Sheftel is excited of working with Babilonia in rolling out her line of Tai Treats.

The two-time time Olympian and World Champion pair figure skater looks to “glide into the world of sweets” with chocolate ice skates, chocolate butterflies and 24-kt, gold-dusted chocolate crescent moons, says Sheftel. The Tai Treats come in milk, dark, white and strawberry pink chocolate varieties.  Although skates are an obvious choice for the moulded line, chocolate lovers may be curious as to why Babilonia chose butterflies and crescent moons?

“The butterfly symbolizes Babilonia spreading her wings and soaring to the sky,” explains Sheftel. “And the golden crescent moon represents the one Tai wears around her neck for over 25 years, a gift from her friend singer Stevie Nicks,” he says.

Sheftel and Babilonia plan a soft launch of Tai Treats for Mothers Day, to be followed by a major rollout with a launch party, press tour and candy signings around the country.  For more information, contact Frank Sheftel at The Candy Factory (818-726-6468).  Original article by Candyindustry.com which you can read here.  Check out the full site at taitreats.com 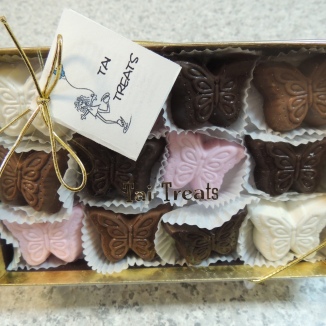 The Candy Factory has teamed up with Susan Olsen (aka Cindy Brady) on her new confection line of Candy Puppy Poop & Kitten Crap. A portion of sales go to Pet Rescue.  “It looks like Shit…but it Tastes Delicious”! 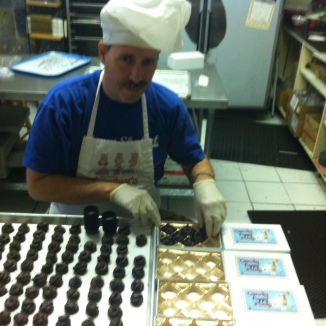